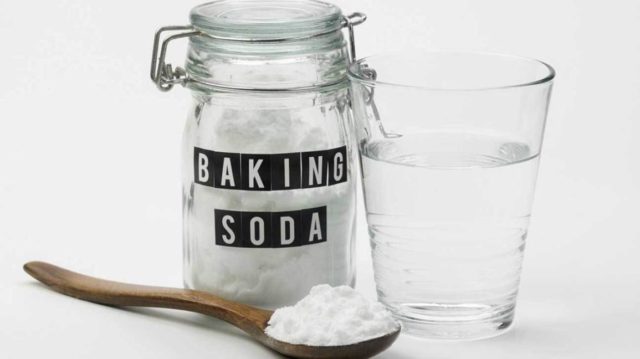 Baking Soda, as its name explains, is popularly used to bake food, so it is common to have it stored in the kitchen for when is needed. However, there is a series of benefits for health that most people is not aware of, Scientifically known as “Sodium Bicarbonate” (NahCO3), the baking soda common use is for baking foods such as bread or cakes, but its components can also serve for a variety of purposes. Firstly, the baking soda is a great alkalising force due to its antacids effects. Baking soda can help decrease or neutralise acids inside our bodies, aiding some organs such as the kidney and the urinary tract. Baking soda also plays the role of an antiseptic, and it can be used as a exfoliator thanks to its slight abrasive essence. Baking soda can be used as a treatment method for many health or beauty related issues.

Above, a series of benefits that the bakind soda that according to its different properties, have on our body, skin and hair, will be listed:

Due to its properties as an alkalin, baking soda lessens the sensations of burning and itching after getting a sunburn, and as an antiseptic it helps to dry the blisters that show up as a consequence of burning; So, it would be a great idea to keep a box of baking soda for whenever you go the beach.

Helps in the prevention of acne and recovers the skin complexion:

baking soda decreases the inflammation of the skin; hence, it lessens the probabilities of getting acne, and its antiseptical properties make it an amazing exfoliant as it erases the dead cells and balances the levels of ph of the skin.

Applyling baking soda in your hair, will soften your braids, and therefore it will also increase the hair growth, baking soda not only boosts hair growth, it can also be of help in the task of removing oil from it and erase the dandruff from our scalps.