Gone are the days when playing a sport professionally was not considered a profession. Sports has always been underrated, generally due to the fact that children tend to ignore their studies. Studies have long been given more importance than sports. In recent times, many sports have gained a lot of popularity and more and more people are taking up the thought of making it a profession.

Football is one sport that has always been popular due to the team spirit, aggression it involves and also the larger-than-life lifestyle of players. It would be completely wrong to say that Footballers don’t get paid well. Apart from the salaries, they earn handsomely from the brand endorsements and even bonuses. Brand endorsements are completely normal for players these days as they are more popular than the movie stars. As 2018 has recently passed by we also saw a lot of Footballers climbing up the ladder of worth. Read on to know about 10 most richest Footballers in the world.

Ronaldo undoubtedly is the most popular player in the world right now. He has a net worth of whooping $450 million. He has many endorsements that are worth $47 million and also makes around $61 million through his salary and bonuses he receives.

How can we not talk about Messi when we’ve talked about Ronaldo. The rivalry between the two continues when we talk about their net worth too. The Argentine player has a net worth of $400 million. The salary that he draws from star club Barcelona is worth $84 million with endorsements worth $27 million. 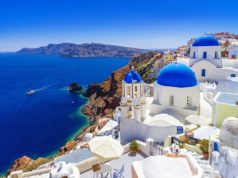