Although platelets do not gather too much attention as the white blood cells and red blood cells, they are extremely important for the body. Platelets also called as thrombocytes are colorless blood cells that play a role in blood clotting. They stop bleeding by clumping the blood cells and forming plugs in the blood vessels.

Platelets are the smallest of the blood cells and are produced in the bone marrow. Several people suffer from the condition called “Thrombocytopenia” which refers to low platelet count. Treatment for this condition requires hospitalization of the patient. Additionally, medications to increase platelet count is also rather expensive.

Pomegranate is a wonderful fruit to increase platelet count. The fruit is rich in iron which helps in fighting low platelet count. It is also rich in vitamin C, anti-oxidants, and other essential minerals which help boost the body’s immunity. Due to its medicinal and herbal properties pomegranate has been used since ancient times.

Wheat grass is an effective remedy for those suffering from low platelet count. Its high nutritional value is due to high levels of chlorophyll. Since chlorophyll is structurally similar to hemoglobin in blood, it mimics its properties in the human body. Consuming wheat grass juice will increase levels of white and red blood cells in the body. 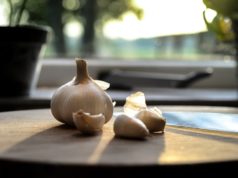